It was so nice - she did it twice

Saturday’s highlight at the four-day Youngster Championships in Goch, hosted by Holger Hetzel at his equestrian centre, was the exceptional final for the six year olds. And Sunday’s programme was no less exciting because it was the day of the finals for the five year olds and the seven/eight year olds.

Sophie Hinners (RFV Viernheim), winner of the six year old final on Saturday with Kaleni Jo SV Z, was unbeatable again on Sunday afternoon when she took home the EUR 25,000 prize money for first place in the five year old final. The 25 year old rider and her Hanoverian Dialotta by Diacontinus was one of 9 riders to have qualified for the jump off after the first round and they delivered the fastest clear in 34.39 seconds. Second place went to Otmar Eckermann (RV Kranenburg) on his home-bred Westphalian mare Viva Fly, with a clear round in 36.17 seconds. Stephanie Böhe (Pferdezucht- und RV Luhmühlen) came third with her Holstein mare Komtessa de la Loge (0/36.98).

In the final for the seven and eight year old horses the riders were competing for EUR 75,000 in prize money. It ended curiously because there wasn’t a single clear from any of the 42 contenders in the first round. Mario Maintz (RV Laer) was delighted to discover that his single time fault with Hanoverian stallion Oak Grove´s Clown (by Cascadello I) turned out to be the best result in the class. The fastest four faults round came from Harm Wiebusch (RFV Fredenbeck) with Hanoverian Melypso Blue PS FRH (74.54 seconds), putting them in second place. Not far behind with four faults in a time of 75.17 seconds were Stephi de Boer (RV Vechta) and her Hanoverian mare Querida in third.

Competition host and event venue owner, Holger Hetzel, was completely happy with the outcome: “We’ve had four days of fantastic sport and seen a great many exceptional horses. Positive feedback from riders, owners, breeders and spectators prove that our Youngster Championship concept is exactly what they have been waiting for. The premiere has surpassed all our expectations and confirmed our vision for the future.” 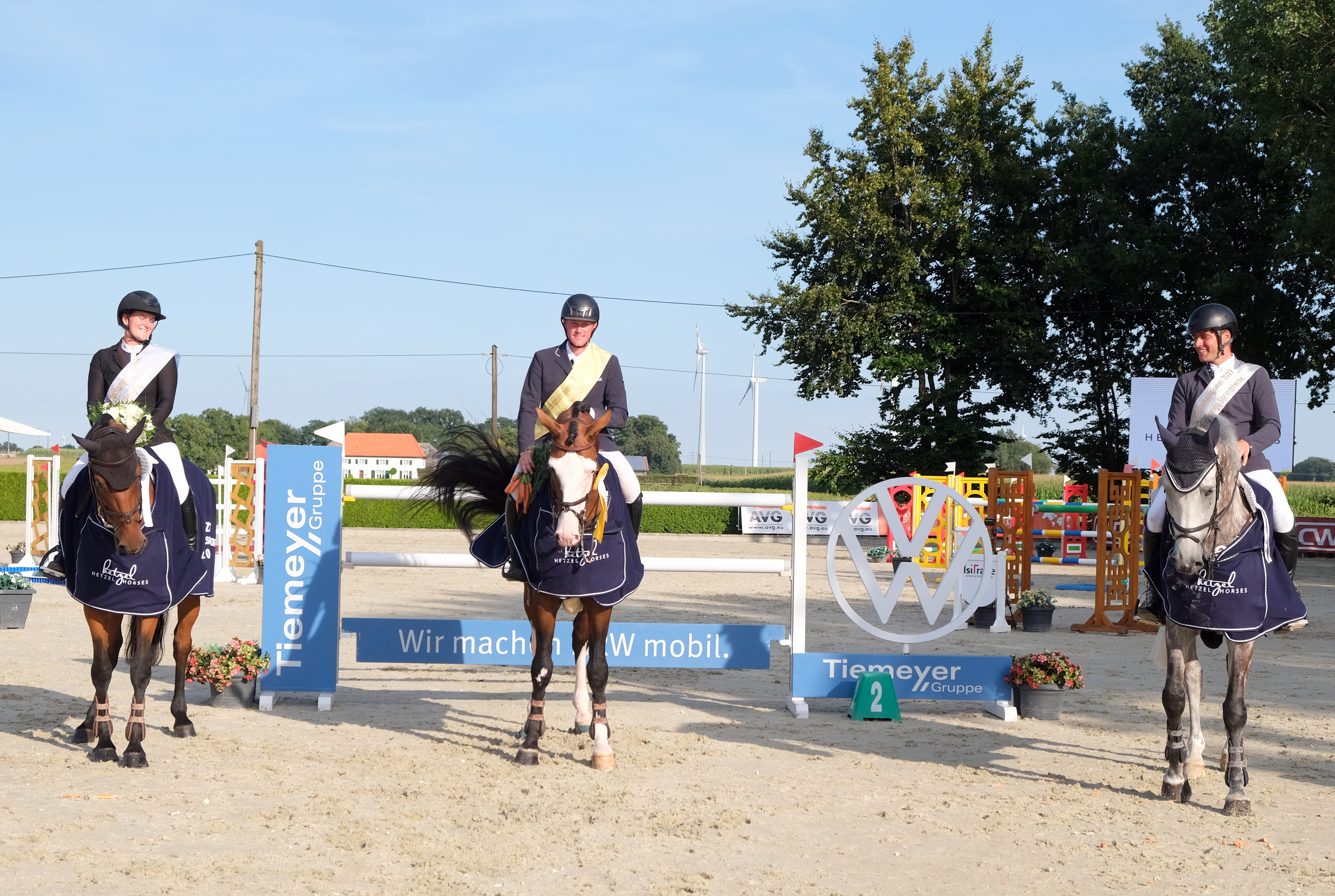