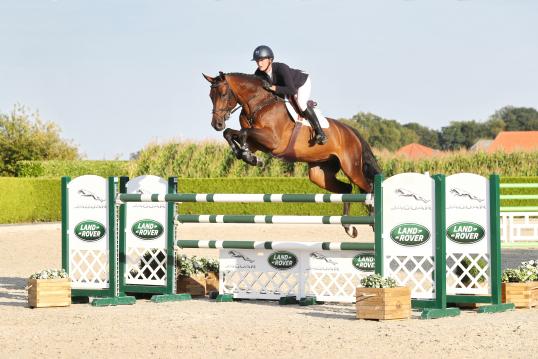 “Cha-Cha-Cha” is just like the dance: joyful and carefree.

This beautiful mare has incredible charisma, outstanding rideability and a fantastic technique, which makes her a brilliant future prospect. Athletic, talented and attentive, she’s an impressive mover and an easy ride with a very positive attitude. Cha Cha Cha has a sport horse build, she’s fast and flexible over jumps and she has captivating power and scope. These qualities, plus a well-balanced canter and an even stride, make her incredibly easy to navigate around any course of jumps.

After a brief but successful stint as a brood mare, this Westphalian horse has successfully switched tracks to embark on a stellar career in show jumping. The five year old mare already has many high placings with scores in the high eights in young horse classes up to 1.25m. She also qualified for this year’s Bundeschampionat for five year olds with a very impressive round.

Her sire, Hickstead White, is the only licensed son of Olympic gold medal winner Hickstead in Germany and an exceptionally talented jumper. He achieved the highest score of all in his 30-day stallion test, then moved on to winning young horse classes before advancing to world ranking points classes at top international competitions. His first crops of foals are coveted, and buyers around the globe have expressed an interest in them.

Crawford by Corrado I is famous for his enormous scope and for being a great mover, which is unusual for a Corrado descendant. He has some of the best premium Holstein stallions in his pedigree: Corrado I, Contender, Lord and Ramiro. That’s a pretty spectacular lineage. Crawford’s sire, Corrado I, was a leading international show jumping horse with Bo Kristoffersen and Franke Sloothaak. Today, many of the horses he sired are competing at top level show jumping.

His own sire, Caretino, is another top Holstein stallion whose bloodline goes back to the exceptional Caletto II and one of the most influential sires in warmblood breeding, Cor de la Bryère. He was a successful show jumper in his own right and went on to become an equally successful sire. He won and was placed in diverse Grand Prix classes with Bo Kristoffersen and Ludger Beerbaum. The most famous of his competition horse progeny are Casall ASK (Rolf-Göran Bengtsson), Caretello B (Tobias Bachl), Caretano Z (Jos Lansink), Cachas (Janne-Friederike Meyer) and Carento (Ludger Beerbaum).

A horse that’s a true work of art. 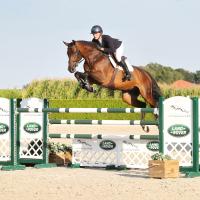 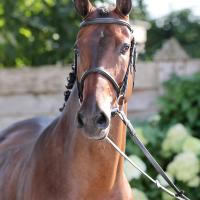 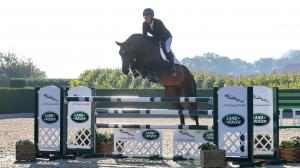 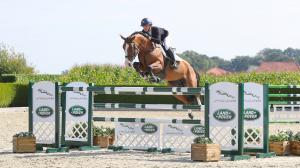