German show jumping Vice-Champion Holger Hetzel’s impressive facility in Pfalzdorf was the perfect venue for the prestigious final of the MERA winter show series in March 2018. Throughout the entire season the riders had been battling it out in the arena for the prestigious sponsored prizes. The main prize, the use of an Audi A3 cabriolet for a year, went to show jumper Tobias Thoenes, one of Holger Hetzel’s full-time riders, who was delighted to collect the coveted car key from the managing director of the Waldhausen & Bürkel car dealership, Oliver Bürkel. Then he insisted on driving a couple of (fast) laps of honour for spectators. Judith Emmers from the Aspeden-Kessel riding club came second. Her prize was the loan of an entire course of eight jumps from the Caro company over the summer season, which she drove home in her lorry with a big smile on her face. Malte Eikmeier and Jörg Niesing of Firma Caro congratulated Judith and assured her that the jumps will look great in her arena at home. Third-placed Carina Janssen from Keppeln was just as pleased with her prize as Tobias was with his car. She’ll be spending three nights at the KURHOTEL in the Kitzbühl alps, a prize sponsored by Rilano Hotels & Resort, Rilano Group GmbH.
Holger and his team are never short of new ideas and they scored another bulls-eye with these very attractive prizes for the riders, which were handed over to the delighted winners at a prize-giving ceremony. Both the winners and all the other riders deserve special tribute for their consistent performance over the entire series. 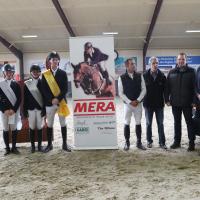 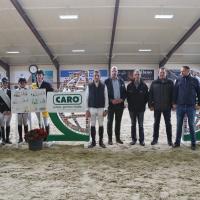 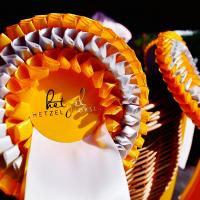 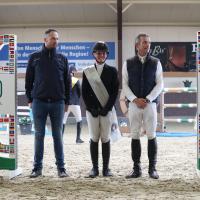 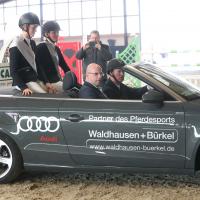 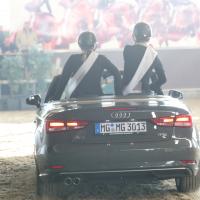 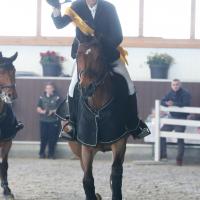 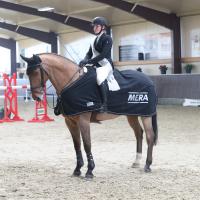 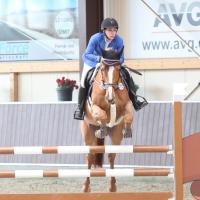 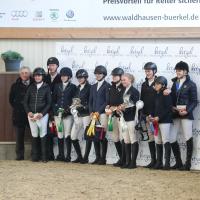 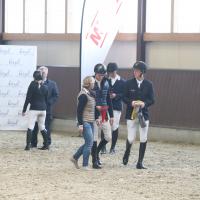