As in previous years, the indoor arena at Holger Hetzel’s equestrian centre in Goch was packed full of auction guests, all there to see the 19 top class sport horses come under auctioneer Volker Raulf’s hammer. The anniversary event was an incredible experience with a unique atmosphere and famous guests from all over the world who obviously enjoyed themselves. Once again Holger Hetzel kept his promise to organise an unforgettable evening.

The two-hour auction of the 19 horses was buzzing with excitement and interspersed with fanfares. “All of them found genuine new owners,” confirmed the professional auctioneer. The auction proceeds amounted to EUR 3,115,000 and the average price was EUR 154,000, which is a new Sport Horse Sales record.

The top bid of EUR 400,000 was placed for seven year old Holstein stallion and Bundeschampion Conquest by Caretino out of a Quidam de Revel mare. The dark bay stallion’s new owner is Sergey Maslov, President of the Russian Equestrian Federation. "In a world full of opportunities you ought to have the best horses,“ said presenter Carsten Sostmeier about this outstanding stallion. With this beautiful competition stallion the Russian Equestrian Federation’s President will now have the world at his feet. The stallion will be  ridden on the competition circuit by young rider Maria Madenova, who put in the winning bid on behalf of her employer and was obviously delighted to get it.

Six year old show jumping miracle I’m Special was sold for EUR 385,000 to Ukrainian Alexandr Onyshenko, who now has a very special youngster with a Grand Prix future at his yard. Many horse experts agreed that this mare by Lordanos has a very promising competition career ahead of her. EUR 320,000 was bid for chestnut gelding “Wetten, dass…“ by Stakkato, who will soon be travelling across the Big Pond to America.

Heidi van Thiel was also over the moon to receive a donation of EUR 18,000 for the children’s hostel “Spatzennest“ in Essen. It was donated by Russian Equestrian Federation President Sergey Maslov who bought "Glückskerl F" a life-sized horse made of 5400 horseshoes that had been provided by Andrea and Rainer Franken from Keppeln for this good cause. The patrons of the charitable project were Carsten Sostmeier with midfield player Patrick Hermann and his team mate Julian Korb from the Borussia Mönchengladbach football club.

After the auction, Holger Hetzel commented, "If you convince people with quality the word spreads, and quality is my number one priority. I’m delighted that the horses have all found fantastic new owners and I’m sure they’re going to be very happy with them. They deserve it.” Some of the guests enjoying the buzz of the evening in Pfalzdorf included Goch‘s Mayor Karl-Heinz Otto, Chris Kappler (USA), Rory Marzotto (ITA), Theo Muff and Willi Melliger from Switzerland, Marc Bettinger and Vladimir Beletskiy. There were even world champions at the auction ringside this year, including a very impressed Jeroen Dubbeldam (Zwolle), who won two gold medals at the World Equestrian Games in Caen this year, two-times eventing world champion Sandra Auffarth (Ganderkesee) and her team colleague double Olympic gold medal winner Michael Jung (Horb). 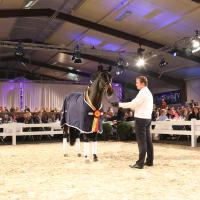 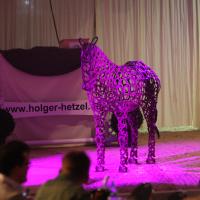 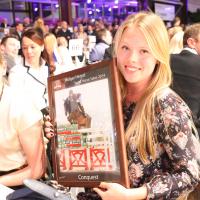 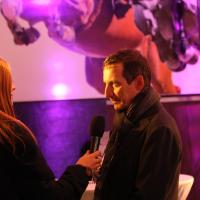 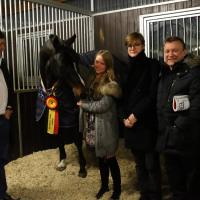 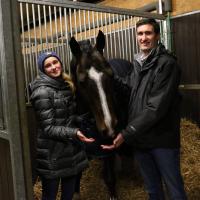 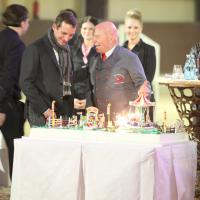 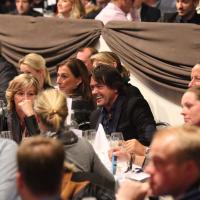