It’s 2 December 2015 at number 21 Buschstrasse in Goch, more of a quiet country lane than a road, the location of Holger Hetzel’s equestrian centre. The flickering fire torches and Thomas Dietz’s beautiful decorations provide a homely welcome to visitors, marking out the path past the snack bar into the auction hall. One steward says to another, “They’re all here now.” The auction venue, the indoor arena, is packed full of people. There are white tablecloths on the tables and all the chairs are taken. Event chef Karl-Heinz Lehn is keeping his team busy and Holger Hetzel and Carsten Sostmeier have just finished presenting the individual horses in the collection.

Just before 9 p.m., auctioneer Volker Raulf picks up his gavel, a small physician’s hammer that used to belong to his uncle. It may be small, but the amounts of money changing hands when it strikes the auctioneer’s table certainly aren’t. Volker, who is generally so calm and collected, looks a little nervous. Everything goes quiet. Then Volker Raulf speaks into the mike, his deep voice booming around the room: “Quality meets experts. You’re the experts. And Holger Hetzel’s delivered the quality in the form of talent and opportunities.“ – Pause – “Good evening Ladies and Gentlemen.“

At around midnight all the 21 horses were sold. At  EUR 3,790,000, the auction proceeds topped all previous records, with an average sale price per horse of EUR 180,477. The successful bidders included a man from the USA who bought French gelding Flexible by Number One d’Iso on behalf of Double H Farm (EUR 240,000).

A Swedish mother of nine, 7 months pregnant with her tenth, was reduced to tears of joy when her EUR 380,000 bid for the eight year old Westphalian mare The Rose von Arpeggio was successful. She’d found out about the auction by coincidence, drove to Goch and was impressed by the transparency of the entire event, where nothing’s hidden behind the scenes.

Alexander Onischenko, Russian entrepreneur and rider, didn’t join in the bidding for seven year old bay mare Outstanding by Chacco-Blue, who also has Heraldik, Contender and Cor de la Bryere in her pedigree, until it reached EUR 490,000. And when another bidder was bold enough to up the price to EUR 500,000, he gave a thumbs down, like a Roman Cesar, as if he’d already grown bored with bidding. He let Volker Raulf give him a verbal tickling, enjoying the attention, before raising his hand again, as if he were doing the auctioneer a favour. He took the talented young mare home with him for EUR 510,000.

Swiss equestrian sports patron Dr Urs Mühlenbach’s wife received a very special early Christmas gift. He couldn’t attend the auction because of a previous wine tasting engagement, so he bought five year old chestnut gelding Golden Future for his wife Marlis Mühlenbach, who loves horses, for EUR 350,000 by telephone. The new owner had no idea what her husband had done... and she was absolutely over the moon.

The party ended at around 2 a.m. the next morning with a few final words from the host, Holger Hetzel, 32 times German Nations Cup team member, sportsman, businessman and the man who assumes the entire risk for the auction himself: “I’m absolutely delighted, especially for my team who all put so much hard work into the organisation of this event. The fact that it's been such a resounding success is a reflection of their commitment. Thanks everyone!” 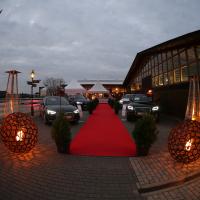 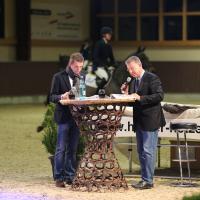 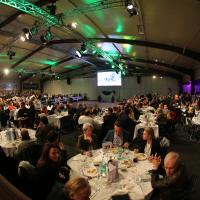 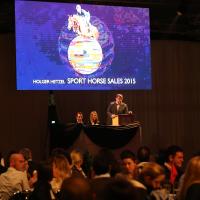 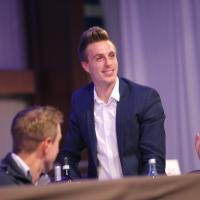 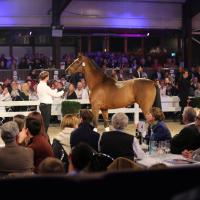 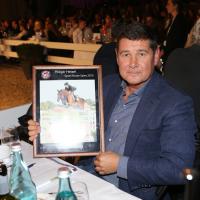 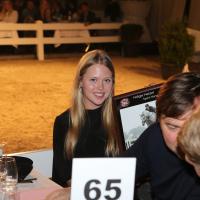 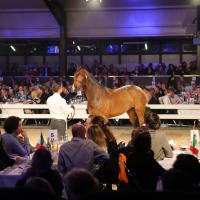 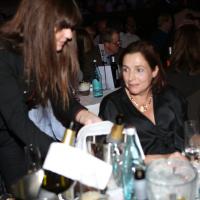