“I’m delighted,” said Holger Hetzel, summing up the 12th Sport Horse Sales at his impressive equestrian facility in Goch. The event was the product of an impressive teamwork effort and, unsurprisingly, it surpassed all expectations again, not least because of the first rate quality of every single young jumping horse in the collection. Among the audience waiting for internationally renowned auctioneer Volker Raulf to bring his hammer down for the first time in the stylishly converted indoor arena were two Olympic gold medal winners, Michael Jung from Germany and Chris Kappler from the USA. Michael Jung (34), a multi-talented eventing rider who’s equally at home in dressage, jumping and eventing saddles, listened to a tribute from Holger’s friend and regular guest at the Sport Horse Sales events, horseman and trainer Chris Kappler (49), who also won a team gold and individual silver medal at the 2004 Olympics in Athens - so it was a tribute from one Olympic medal winner to another.

Then Volker Raulf took over the mike, saying: “If it’s quality you’re looking for you’ve come to the right place,” and all the guests sitting at the white-clad tables around the auction arena fell silent. Deluxe Edition, the bay seven year old Dutch gelding by Catoki, with Caletto I and Landfriese in his pedigree -  catalogue number 1 - sold for EUR 280,000 to a Russian buyer. Dutch-bred mare Be My Baby, whose sire is Azteca VDL by Indoctro I and turns seven on 1 January, went to Viersen for EUR 150,000, followed by grey gelding Peek a Boo by Lucky Boy, a horse  with Holstein genes from the Lavall II – Landgraf I lineage on the sire’s side and Contender – Calypso II genes on the dam’s side, which sold for EUR 100,000. The hammer went down at EUR 110,000 for thoroughbred-type gelding Stay With Me (6), whose pedigree boasts both Indoctro and Grannus. He‘s going to be stabled in Spain in future. Two of the auction lots were purchased by a young rider from Hesse:  Dutch chestnut gelding Enorm, sired by Spartacus by Stakkato out of a dam by Ultimo, for a price of EUR 205,000 and shortly afterwards Belgian gelding Mountain Man (8) by Tangelo for EUR 380,000. Enorm will be ridden by Henrik von Eckermann  (35) of Sweden - the first Swedish rider ever to win the coveted Grand Prix class at CSIO Rome on Gotha and the man who rode for Ludger Beerbaum for twelve years before setting up business on his own at a yard in Bonn leased from Karl Schneider. If his Stakkato genes come through, Enorm is going to be an enormous success.

Saudi Arabian Prince Turkui did his bidding on the phone to secure Holstein gelding Mac Uwe (6) for EUR 200,000. Holger Hetzel commented: “That’s the first time I’ve ever spoken to the buyer.” When bidding commenced for six year old dark bay Hanoverian gelding Bonfire, Hungarian Ferenc Szentirmai  (33) who rides for the Ukraine kept his mobile phone glued to his ear. And he didn’t let it go again until he’d put in the winning bid of EUR 185,000 for this horse by Quintero. German businessman Frank Auer was obviously infected by the atmosphere of the event and in excellent spirits. He and Maja Möltgen have several jumping and dressage horses and both are active riders. Volker Raulf’s hammer - which used to belong to his uncle, a physician - went down on the wooden table no less than three times for Frank Auer, who is now the proud owner of Girl on Fire by Van Gogh (EUR 85,000), Rhineland mare Cristalla by Cristallo II (EUR 300,000) and Danish gelding Hulapalu (5) by Heartbeat. Outstanding jumping horse Hulapalu was the horse that sold for the highest price of EUR 450,000 at the 12th Sport Horse Sales. One of the nicest stories of this Wednesday evening, 30 November 2016, involved a dentist from Duisburg who got so carried away by the music playing that she bought seven year old grey gelding Easy Lover for EUR 80,000....

The average price for all 21 horses in the collection was EUR 167,330. It was a genuinely ‘legendary’ evening. 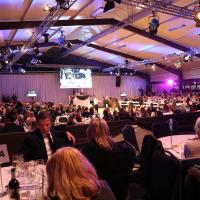 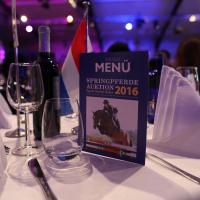 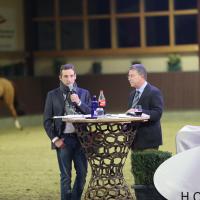 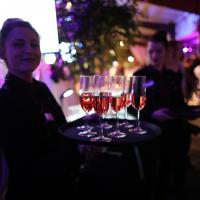 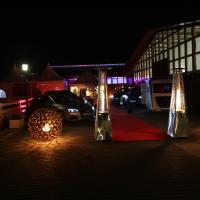 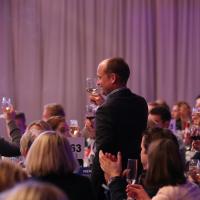 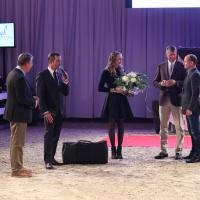 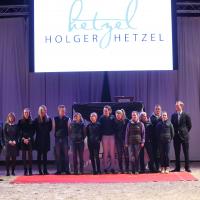 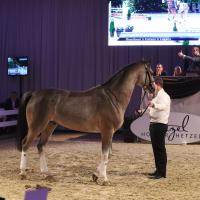 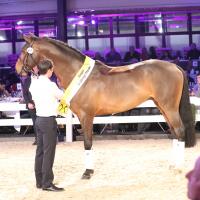 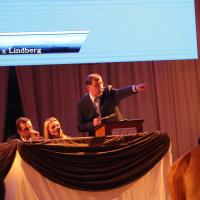 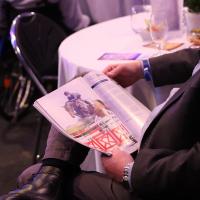 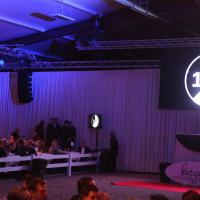 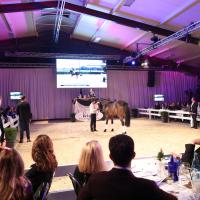 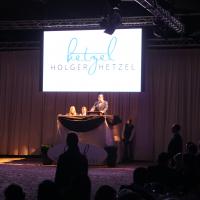