13 is Nations Cup rider and German Vice-Champion Holger Hetzel’s lucky number because his 13th Sport Horse Sales this November at his beautiful yard in Goch generated the highest bid revenue to date. According to the organisers, the average price for the 19 horses in this year’s collection was EUR 217,000.

The top bid was placed in the prestigious surroundings of the fully occupied event hall for a seven year old Czech-born stallion. Auctioneer Volker Raulf's hammer went down at EUR 600,000 for the stallion by top KWPN sire Padinus, and the proud new owner is the Saudi-owned Old Lodge Stud in the United Kingdom. The bay stallion, aptly named Tiger, has already had a very successful youngster tour season and is an interesting prospect both as a competition horse and as a sire. Padinus was sired by Heartbreaker, the number one stallion on the World Breeding Federation for Sport Horses’ ranking list and the leading sire in the FN Breeding Index. Tiger's new owners and the Old Lodge Stud can look forward to a successful future with their new stallion.

The second highest bid was also placed for another stallion. Super Trouper is a six year old Holstein stallion by Catoki out of a Caretino dam that sold for EUR 435,000 to a well-known competition yard in Hessen. Casting, a six year old stallion that was also sired by Catoki went to a famous competition yard in Australia for EUR 350,000 and will soon be setting out on a plane journey to the other side of the world.

Ulli Horrig, who bought Bacardi Feeling, is now the proud owner of “one of the highlights in the collection” and a “series winner for next season”. Horrig had travelled by private plane from the Caribbean island of Antigua to attend the auction in person and he’s delighted to have put in the winning bid for such a talented mare.

Another special purchase was Hanoverian gelding Entertainer who went to Switzerland for EUR 260,000 as a ‘birthday gift’. Congratulations!

Other successful bidders came from Switzerland and the USA, and Ukrainian Aleksandr Onyshenko bought the Mecklenburg grey gelding Feels Like Heaven (6) by Cerousi at auctioneer Volker Raulf’s suggestion. One remarkable fact about this year’s auction is that  there was only one telephone bidder who bought a horse. All the other horses were bought by customers attending Holger Hetzel’s auction event. Auctioneer Volker Raulf was especially pleased about that, commenting: “Although the horses are going to new homes around the world, the buyers were here.”

Everyone enjoyed the 13th Sport Horse Sales and the entertaining prelude by Christian Glade, Germany’s best comedian magician, who treated guests to a 10-minute show before the auction. He captivated the audience by transforming a 500 euro note with a name written on it into a 5 euro note, and then retrieving the 500 euro note later on from inside an orange. It’s no surprise that Munster-based Christian has won several awards for his magic act.

It was a great start to an exciting and entertaining evening with the ‘who’s who’ of international show jumping and the Mayor of Goch, Ulrich Knickrehm, who was attending the event for the first time and said he very much enjoyed the evening.

Organiser Holger Hetzel is delighted that the event went so well and paid tribute to everyone who helped to make it a success, particularly his committed team who worked tirelessly in the background. 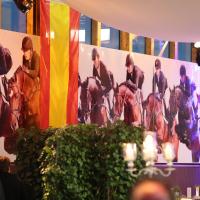 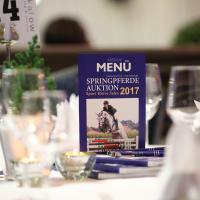 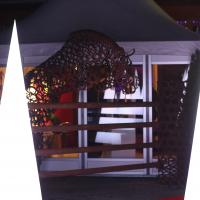 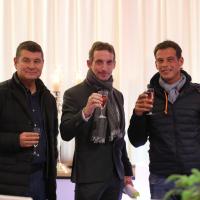 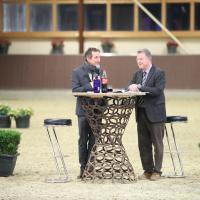 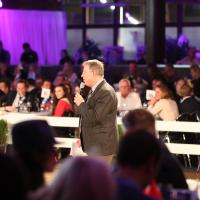 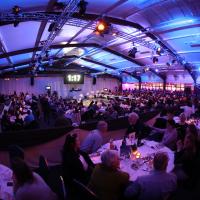 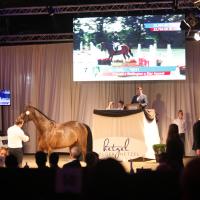 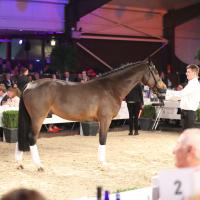 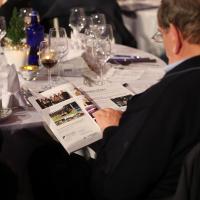 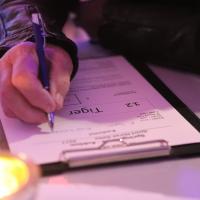 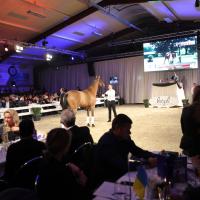