Dacantos by Dallas VDL out of a Cantos dam was champion stallion at his licensing in Vechta in 2015 and is already competing successfully in young horse classes, so it comes as no surprise that he sparked a bidding frenzy. In the end the hammer went down after a bid from sponsor of British team gold medal winner at the 2012 Olympics, Ben Maher. Dacantos is a stallion with pedigree that also attracts a lot of interest from the breeding community and, until recently, he was leased to the North Rhine-Westphalian State Stud in Warendorf. Now he’s going to be brought on by one of the currently most successful show jumpers in the world.

The second-highest price of the evening was paid for eight year old She’s the One. Sired by Emerald van´t Ruytershof, the mare sold for EUR 500,000 to Saudi-owned Old Lodge Stud in the United Kingdom, which also paid the top price of EUR 600,000 at last year’s auction for Tiger. The third most expensive horse was Man in Motion, a seven year old gelding by Clarimo sold by auctioneer Volker Raulf to a German bidder for EUR 320,000. The 20 horses in the auction collection brought in a total of EUR 3,867,000, corresponding to an average knock down price of EUR 193,350. 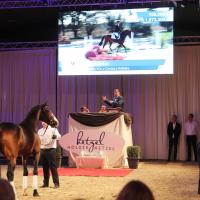 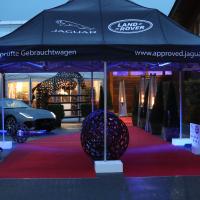 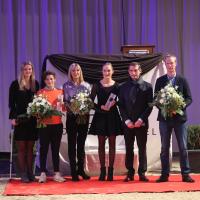 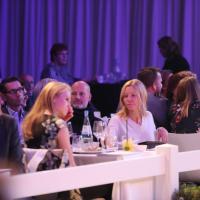 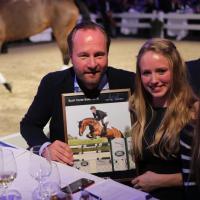 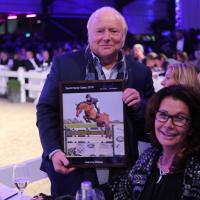 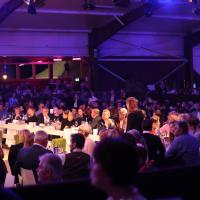 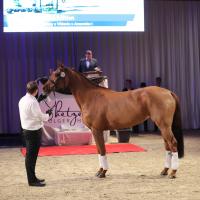 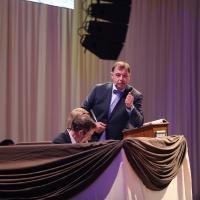