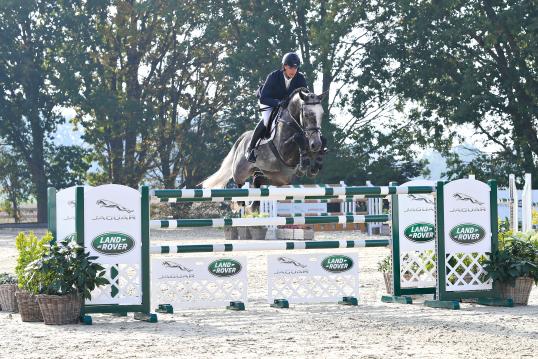 Honour is a real looker thanks to a combination of superb qualities.

This beautifully presented mare is perfectly proportioned and an impressive mover. Over jumps she demonstrates fast reflexes, perfect front leg action, and an eye-catching bascule. She is also calm and collected in the jumping arena. How could any rider not fall in love with her? Honour additionally has an incredibly agile and athletic jump that allows her to clear any obstacle she’s placed at with ease. She also has a beautiful temperament, she’s unfailingly willing and she’s a beautiful ride with the heart of a lioness.

Honour’s pedigree is a reflection of her athletic qualities.

Heartbeat (Heartbreaker x Ramiro Z x Pericles) was Denmark’s Stallion of the Year in 2013, Danish Champion as a four, five and six year old and has now been placed in 1.50m classes. Heartbeat today has several licensed sons and many successful competition horses among his offspring, including Albführen’s Happiness (Steve Guerdat), Hargita (Malin Baryard-Johnsson), and Main Road (Catherine Pasmore). His sire Heartbreaker was also ridden at international level by Peter Geerink, ending his career with fourth place at the Aachen Grand Prix and first place in the Dortmund Championship.

The dam’s sire Carano (Capitol I x Cor de la Bryère x Fasiol) is famous for his exceptional jumping ability and courage, and he has an entire armada of talented offspring: Emmanuel (Ibrahim Hani Bisarah), Caruso (Julien Terceira), Courage (Manuel Lecuona). Leander was the champion stallion in the Holstein licensing test in 1973. Sired by Ladykiller xx, he is half-brother to the famous sires Landgraf and Lord.

Now out of youngster classes this mare is the perfect competition horse in every respect, and her numerous placings prove it. In Germany she has won several 1.40m classes. At international level Honour has won youngster tour classes for her age group and been placed in regular 1.35m international classes. This impressive competition track record makes her an excellent future prospect.

When you factor her beautiful temperament into the equation, she is obviously a top junior or young rider horse in the making and an odds-on ribbon winner for any rider.

Honour does her name proud. 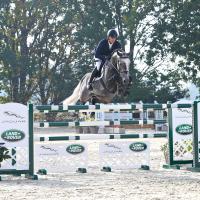 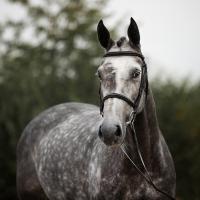 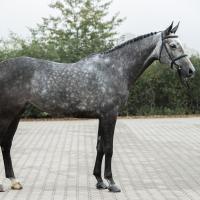 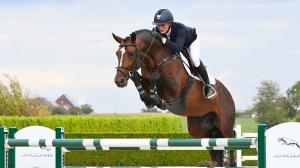