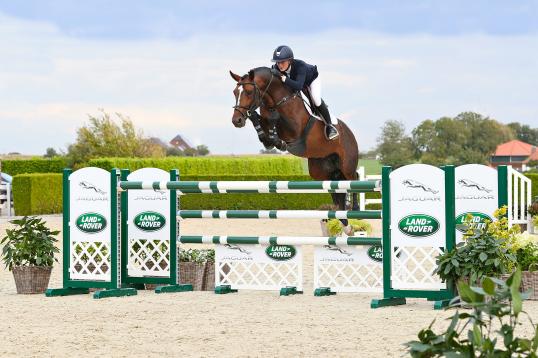 Hollywood, the city, is famous for its glamour and success. The same could be said of this wonderful stallion: a five year old shooting star that really can make dreams come true. He’s stunning to look at, a great mover and has perfect conformation. As if that weren’t enough, he is also a real gentleman under the saddle and in hand. His impressive scope and careful jump, plus a squeaky clean leg action and an unusually good bascule, often earn him scores up in the high eights.

Hollywood is a perfect example of a horse that has received correct, textbook-like basic training and he’s top of the class! This intelligent horse adores attention, and he’s already embarked on his show jumping career with his first national and international placings. In Germany he has won and been highly placed in 1.15m young horse classes with scores as high as 8.7, and at his first international competition he went clear in every youngster tour class. Basically, this is a very confident competition horse despite his young age, and he’s set up to excel in his next young horse classes.

Andiamo’s reputation as a breeding stallion is no less impressive than his reputation as a competition horse, and he has taken part in Nations Cups, World Cups and Grand Prixs, as well as siring many world-class offspring. His pedigree is pure performance horse genes. Andiamo’s sire Animo was jumped successfully by Morten Aasen at the Barcelona Olympics before embarking on an equally impressive breeding career. His dam Taj Mahal x was a purebred Anglo Arab mare that Morten Aasen also competed internationally with great success.

Calvados (Uriel x Ibrahim x Hornet), is another a successful show jumper uniting many top Holstein performance horse genes, and Capitol I appears twice in the pedigree via a son and a daughter.

This is an amazing chance to invest in the future. 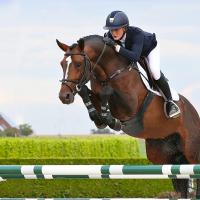 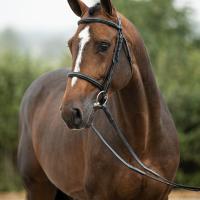 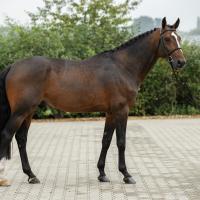 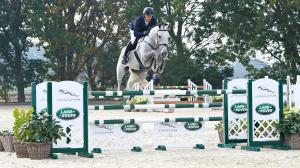 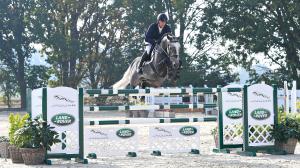