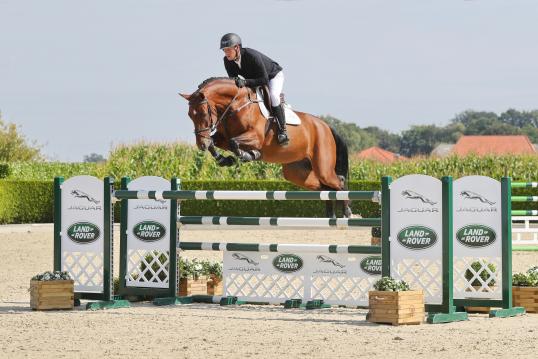 Penny Lane is sublime in every respect.

Penny Lane was selected for the auction collection as a four year old and has been brought on with a lot of love and care since then. This is a mare that has consistently shown exceptional willingness, reliability, strength of character, courage and scope over the past years. Her riders are full of praise for her sweet temperament and excellent manners, and both these qualities are obvious when you see this perfectly schooled mare jump with amazing balance and scope. She clears any height with obvious confidence and ease.

Six year-old Penny Lane gives her rider an easy, rhythmic ride at competitions, she’s confident over jumps and she’s regularly rewarded for her style by top scores from the judges. She has wins and many placings in 1.25m classes, and has been awarded scores up to 9.0. In 2020 she qualified for the Bundeschampionat for five year old jumping horses with a very impressive round. Penny Lane has had three international starts, winning one youngster tour class and placed in the other two classes.

The Holstein mare has a pretty impressive pedigree: Lyjanero is a capital Holstein sire who was awarded the highest-possible score of 10.0 for jumping ability and character at his stallion performance test and licensing. There are high hopes for his offspring, which are still young, such as Le Cordial (Andrzej Oplatek), Lyjanair (Rolf-Göran Bengtsson) and Lyntinus OLD (Hartwig Rohde). Lyanero’s sire, Landos, has produced both dressage and jumping horses. The most famous on the jumping side is Magic Bengtsson (Peder Fredericson), the horse that won team silver at the Athens Olympic Games. His dam’s sire, Casall, is already one of the most influential Holstein sires after a glittering international jumping career with Rolf-Göran Bengtsson (SWE).

Penny Lane’s dam sire is Diarado, the stallion that is celebrated as the ‘founder of a new international jumping horse bloodline’. He was regularly a prize money winner as a competition horse and is a popular breeding stallion. Diarado’s offspring are in hot demand, and many are already advanced level show jumpers. His son Don Diarado competed at the Tokyo 2021 Olympics with Maurice Tebbel. Diarado’s sire, Diamant de Semilly, is one of the world’s best jumping horse sires. He won team gold at the WEG and silver at the European Championships with Eric Levallois.

Loran was a Grand Prix-level dressage stallion who produced excellent dressage and jumping horses, all of which inherited his genetic performance horse blueprint.

Penny Lane is perfect for any ambitious show jumper.

Now she’s six and ready for an international career. 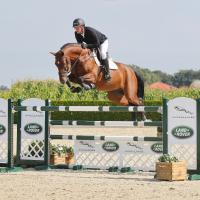 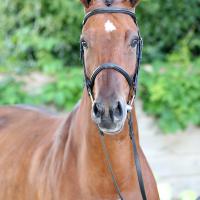 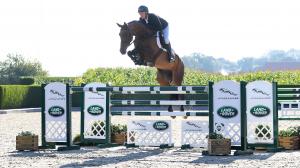 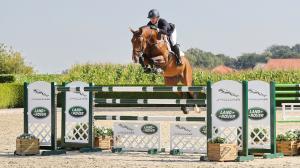