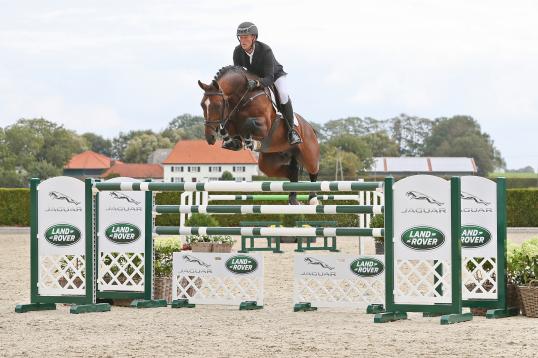 If you’re an adrenaline junky this is the horse for you!

Adrenalin isn’t just a breeding stallion with a top-calibre pedigree, he’s also a talented show jumper destined for the international Grand Prix circuit. This horse comes with a performance tool-kit including an impressive jump, tons of scope, near-perfect technique, carefulness, a high-powered take-off and a top bascule. He’s also brave and clear-headed with a great attitude and gentlemanly character. This handsome horse is a real easy ride with a balanced canter that really covers the ground and natural light-footedness. These are all ideal qualities for an international sport horse.

The stallion’s perfect temperament and perfect build have a lot to do with his pedigree.

Casall Ask combines the genes of top stallions Caretino and Lavall I, two of the Holstein breeding region’s top sires and competition stallions. Caretino, Casall Ask’s sire, is one of Holstein’s best sport horse producers with a lineage going back via the great Caletto II to sire of the century Cor de la Bryère. Casall Ask and Rolf-Göran Bengtsson enjoyed a legendary career together, winning some of the biggest Grand Prix classes in the world. As a breeding stallion Casall Ask is also the exception to the rule, having competed at the very highest level of show jumping with many of his own offspring: Casello (Ludger Beerbaum), Caracas (Jos Verlooy), BSC Cha Cha Cha (Holger Wulschner), Chesall Zimequest (Simon Delestre), Casallo Z (Piergiorgio Bucci), Wunschkind (Eric van der Vleuten), H&M Chilli Willi (Nicola Philippaerts), Cristallo A LM (Philippe Rozier) and C.T. (Tina Deuerer). The dam sire Heartbreaker played an influential role in modern sport horse breeding and made a name for himself in top-level show jumping with Peter Geerink. His outstanding reputation as a sire is based on his own performance as Grand Prix horse and the competition track records of his offspring, which include Admara (Emanuele Gaudiano) and Sterrehof's Baccarat (Marc Houtzager). Back in the third generation of Adrenalin’s pedigree is influential stallion Voltaire, whose impressive performance lineage can be traced back to Gotthard via Furioso II. Many of the horses sired by Voltaire are top international competition horses.

Now seven years of age, Adrenalin has already tasted international success in his first youngster tours. He created quite a buzz at CSIYH* Poznan, CSIYH* Lier and CSIYH* Kronenberg and, as a five year old, he competed at the FEI Jumping World Breeding Championships for Young Horses in Lanaken. Adrenalin has been placed at national shows over 1.40m tracks. He’s ready for the big time and would be a real asset to any show jumping yard.

This stallion has an exciting career to look forward to and he has massive potential as a Grand Prix horse. 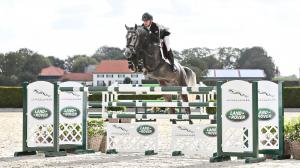 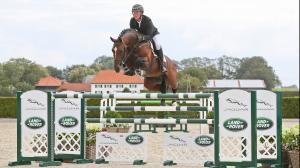 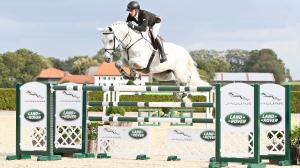